Who is your George? 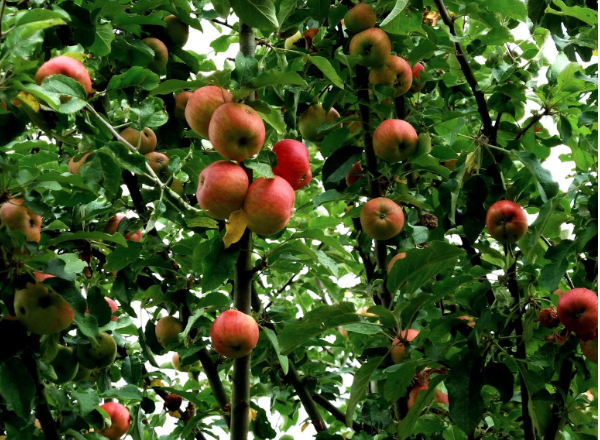 This blog topic is inspired by a client who bravely took action to encourage a bad apple out. It is definitely by far one of the toughest responsibilities of managers and business owners and at the same time one of the most important.

This blog topic is inspired by a client who bravely took action to encourage a bad apple out. It is definitely by far one of the toughest responsibilities of managers and business owners and at the same time one of the most important

This week when I arrived at a client, they were VERY excited to tell me that they had eventually gotten rid of a bad apple. As always happens, the relief for them was enormous and the owners wondered why they had not taken action sooner (I wondered what I could have done differently to have helped them to take action quicker even though they kept telling me ‘you told us so…!)

I am sure everyone running a practice has at some point had a bad apple or you might be reading this and know exactly who your George is! Sometimes you might even have knowingly taken a ‘George’ on board in desperation of filling a gap.

I was watching a video on Facebook by Dave Ramsey and he was talking about how if you want a stable full of thoroughbreds you need to stop hiring donkeys. Thoroughbreds don’t like donkeys and they will leave. As Dave says, sometimes donkeys clean up well and get through your interview process. Once you realise you have a donkey, however, it is important that you take action quickly.

On reflection, my client now realises that they lost several thoroughbreds because they did not deal with the donkey soon enough. Suddenly there was a visible sigh of relieve and increased energy and teamwork in the clinic.

I have many other clients who will often mention team members that they are finding challenging to deal with and most often do their best to avoid conflict and bury their heads in the sand until it gets REALLY bad. I guarantee you that your relieved future self will give you the advice to take action sooner than you did.
Get professional advice

I am not for one minute saying that you should go into your clinic and fire all the donkeys! Some may not even be donkeys or bad apples and just behave the way them do because of the way you treat them. You will know if you are a client that I always ask you to look into the mirror when things are going wrong and ask yourself if you have done everything you can or if you need to do something different to get a different result – if you can truly say you have done everything you can, then you probably have a donkey.

It is important to have a good hiring process and a good staff retention process in place. You also need a good process in place to deal with under-performance. Depending on the nature and extent of the under performance (and what you have or have not done along the way) it is often advisable to get HR advice on how to manage the situation.

I hope the brief food for thought on George has given you something to think about. Let us know about your George and maybe we can help!

P.S. Apologies for using the name ‘George’ for all those thoroughbred George’s out there! It could be Sally, Jack or Ned…

How Can We Help?